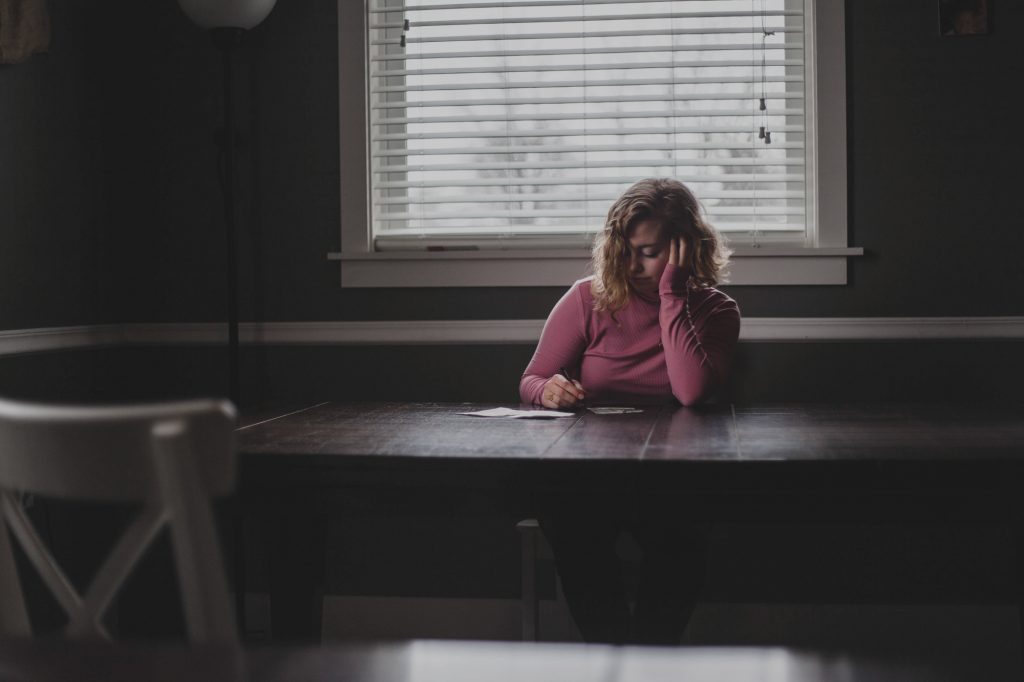 “We never took a holiday, nor bought any property, or invested in anything. My work suits would fall apart and I’d hand sew them back together. In spite of having two incomes and no kids, we had virtually nothing except debt. I knew where it had gone: our money had been put through the pokies, across the bar and into the TAB and punters’ clubs.”

One morning in March 2009 I walked across the grass outside my rented apartment block. I was on my way to the train station to start work in the city.

It occurred to me that, if you’d have asked me what I wanted from a partner I would never have said: “I want to fall in love with a gambling addict who has a drinking problem and spend the first 10 years of my adult life with him.” But, by my actions, that was exactly what I had chosen.

We had moved in together when I was 21 after three years of dating. I was totally in love with him. He promised to marry me, buy a house and have kids together.

He would take me to jewellery stores to try on engagement rings over and over, but he’d never buy me one. I’d ask him about it and he’d get angry and tell me that I’d done something wrong so he’d decided not to propose. He would never tell me what I’d done wrong, just that I’d disappointed him. That sort of set the tone for the decade we spent together.

In those years we never took a holiday, nor bought any property, or invested in anything. My work suits would fall apart and I’d hand sew them back together. All of our clothing came from the factory outlets and there were no designer brands. In spite of having two incomes and no kids, we had virtually nothing except debt.

I knew where it had gone: our money had been put through the pokies, across the bar and into the TAB and punters’ clubs. He earned a six-figure salary, so I always thought if he could just get counselling and quit the gambling, we’d be able to turn our financial situation around quickly. But that never happened.

My family was furious that I was still in a relationship with him and a lot of my friends had stopped talking to me. I had grown tired of being nagged by them about why our situation was so bad and why he seemed to treat me so poorly in front of them. They didn’t know how nice he could be when it was just the two of us together.

But, there were bad times too – like when he had to go to court and asked me to go along and support him. He represented himself in court on a charge of making a false statement to police. He’d walked into a station and reported he’d been mugged for his wallet when really he’d spent all of his holiday pay in a pokie one night and didn’t want his mum to know. That was a low point. He used to take out loans from family and not repay them and coerce friends into moneymaking schemes that were scams he would profit from. He once robbed his workplace punters club and they threatened to call the police so his mum paid it all back on his behalf.

By the time I’d got to work that morning in March, 2009, I didn’t know how I was going to make it through the day. I called the employee assistance hotline to access some free counselling. In my first one- on-one session I spent the entire hour talking about him – where he’d grown up, his parents and their relationship, his career. I thought it was weird that I’d been asked about myself and spent a full hour without once mentioning myself. The counsellor gently pointed out that I’d spent so many years trying to help him, fix him, get him back on track that I hadn’t lived my own life.

The counsellor said it was time to start attending Al-anon meetings. I couldn’t face it. I told her in our next session that I was exhausted – I’d spent so many years working to fix our relationship I couldn’t do anything more. She said I still needed to go to Al-anon.

I did go. It changed my life for the better. I finally learned that I had no power over his drinking or gambling and that my own life had become unmanageable. I did the 12- step program. I continued counselling and accepted the relationship was over.

My partner told me he wanted to break up – but that I couldn’t move out because I’d signed a lease with him and that I owed it to him to stay and pay half the rent and living costs for a year.

We went to a separate counsellor together – my employee assistance program sessions had been used up. The new counsellor told him that he was wrong – I could move out and I should.

My life improved dramatically after I left. I finally worked on myself – built new friendships and reconnected to some old ones, and created a sense of identity. What I learned from the whole situation was that I hadn’t been OK. I’d always thought: “he’s the one with the addiction – he’s the one who needs to change. If he gets better everything else will sort itself out and we can finally have the life we’d always planned”. But that was a fantasy and we both needed to change.

I needed to move out so he could stop taking all of my money and I needed to stop trying to save him from disaster so I could live my own life.

Genevieve’s Story was first published in ‘Stories of Chance’ by the ACT Council of Social Services Inc.